Prepare to be amazed by ten rarely-shown works by current and future global art stars from China, India and Japan. Facing East is a wondrous exhibition featuring outstanding contemporary paintings and sculptures drawn from one of the largest and most important, privately held contemporary art collections in the UK today.

Highlights include a life-size baby elephant with skin made entirely of bindis by London-born, New Delhi-based artist Bharti Kher and Gilded Head (2007), a huge fibreglass head by Ravinder Reddy, one of India’s most celebrated contemporary artists. Suspended fibreglass figures by He An inspired by kung fu fight scenes from The Matrix feature alongside Between Men and Animal (2005), an oil painting of laughing, mocking faces by internationally recognised Chinese artist Yue Minjun.

The exhibition is a chance to see London Mayfair House (2006), an artist’s studio installed in the gallery by celebrated Japanese artist Yoshitomo Nara, which visitors can walk up to and view the artist’s drawings, as well as traces of the artist at work including art materials and other paraphernalia. Prolific Japanese artist Takashi Murakami is also represented with his vibrant painting Army of Mushrooms (2003) and a sculpture Kitagawa- Kun (2002). 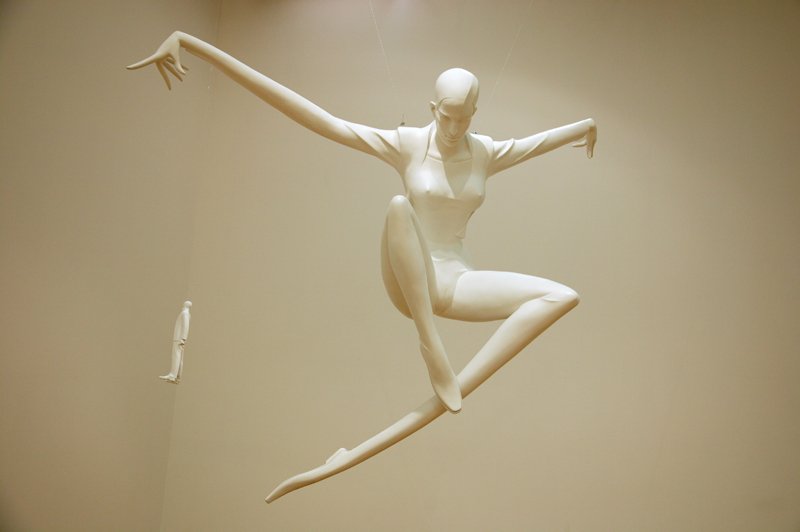 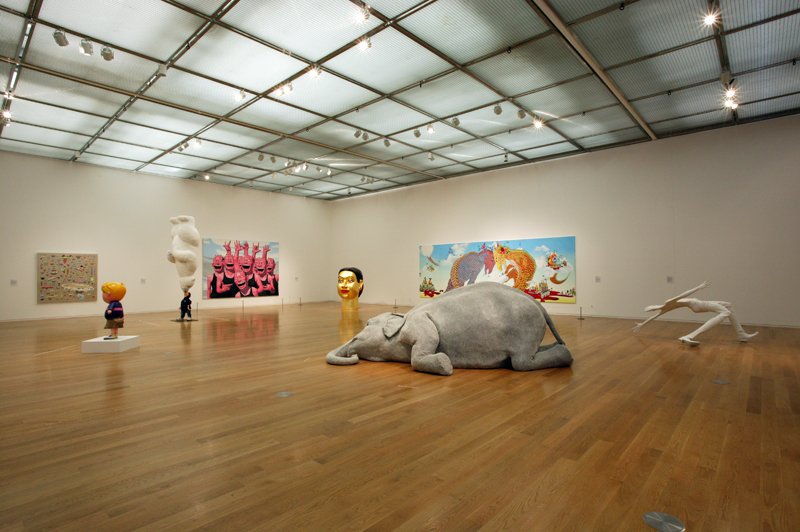 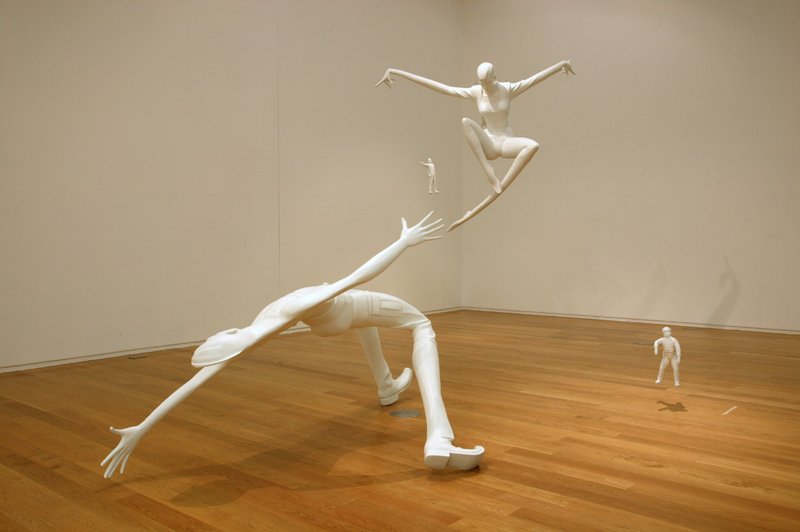 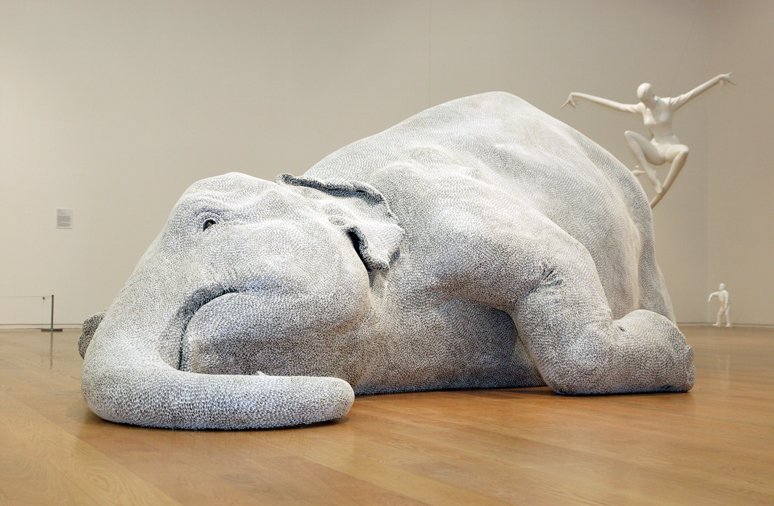 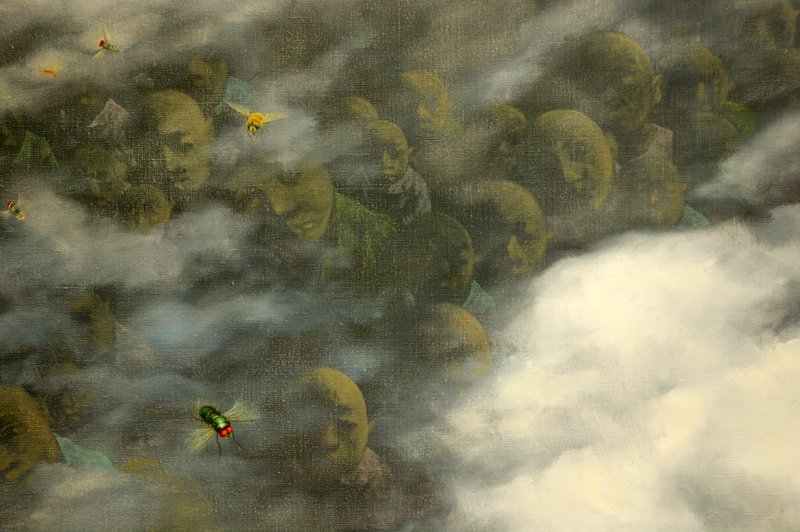 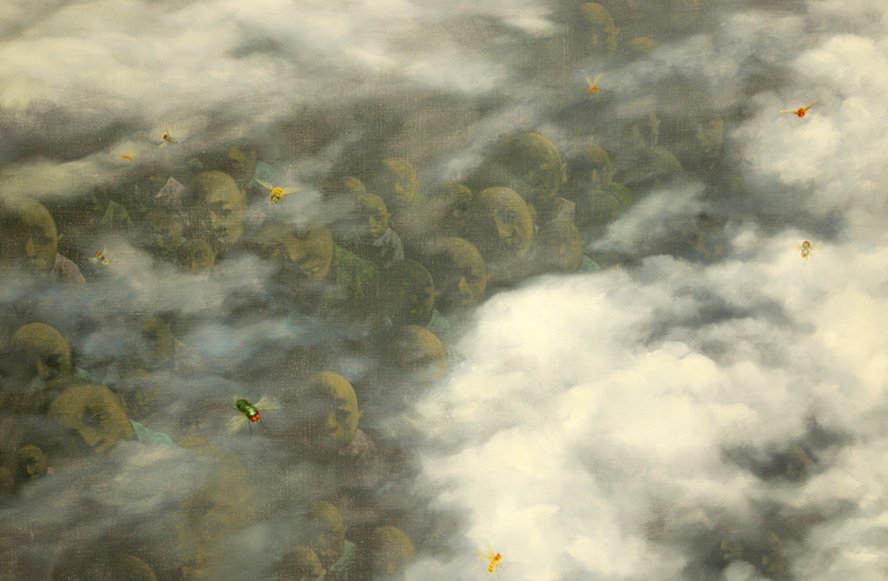 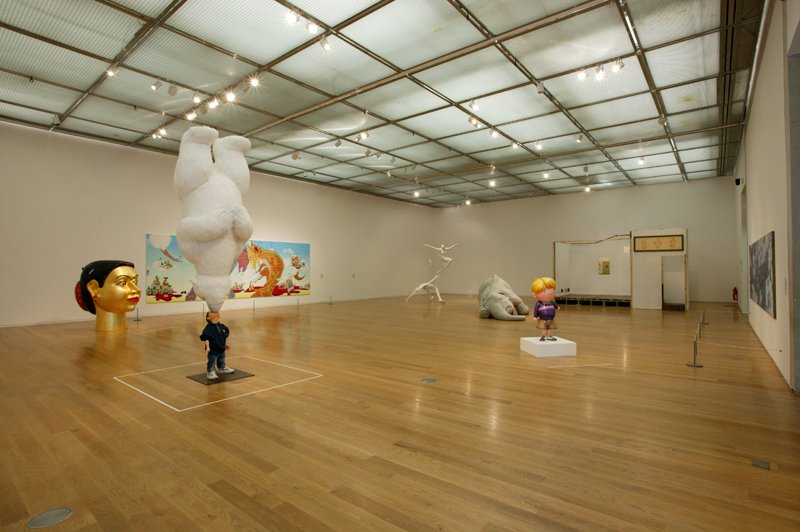 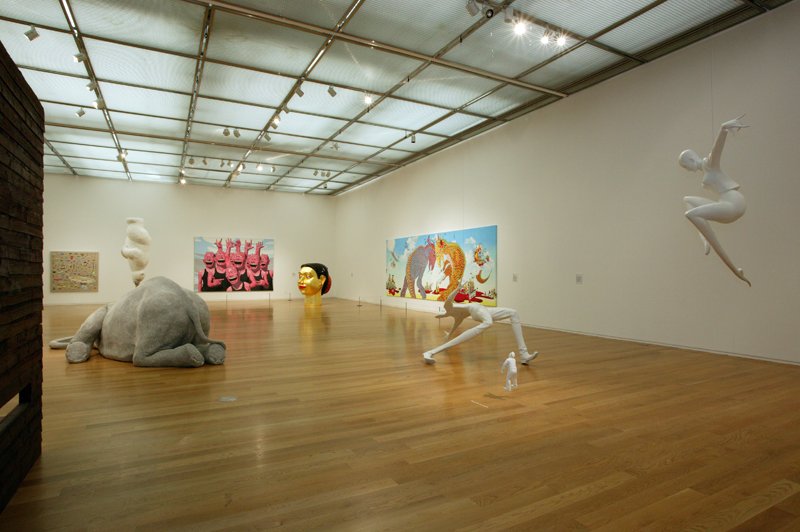 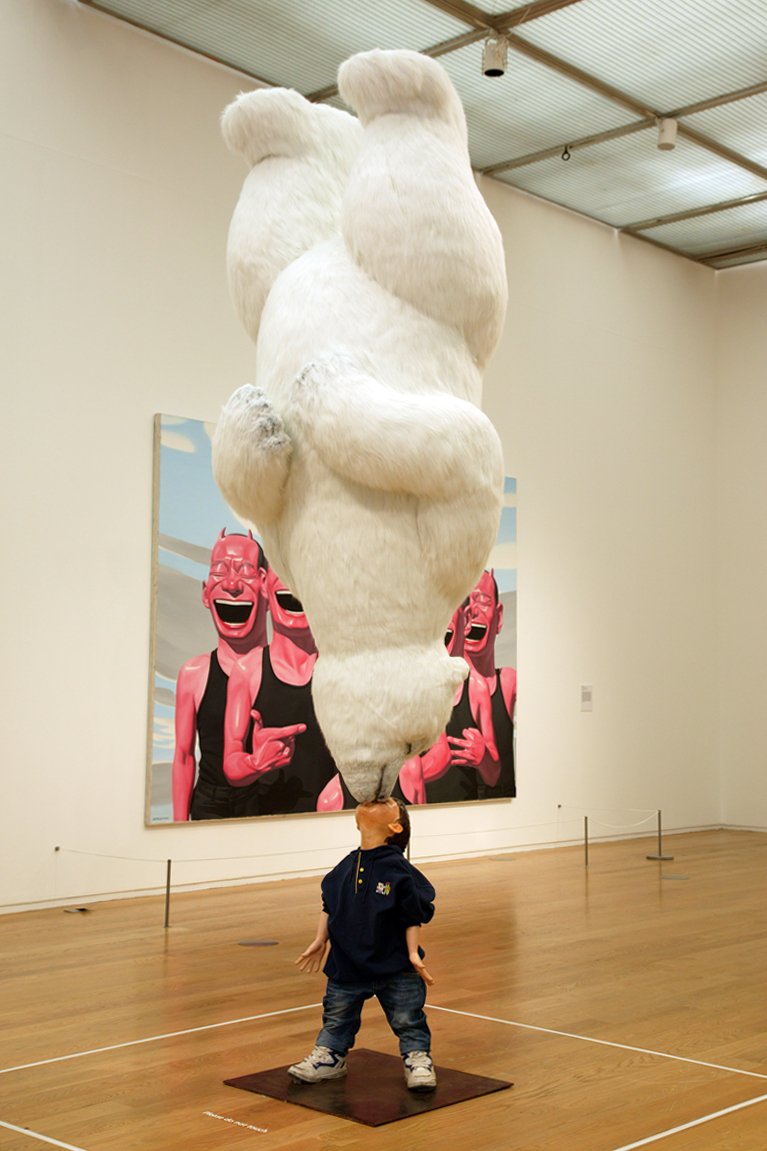 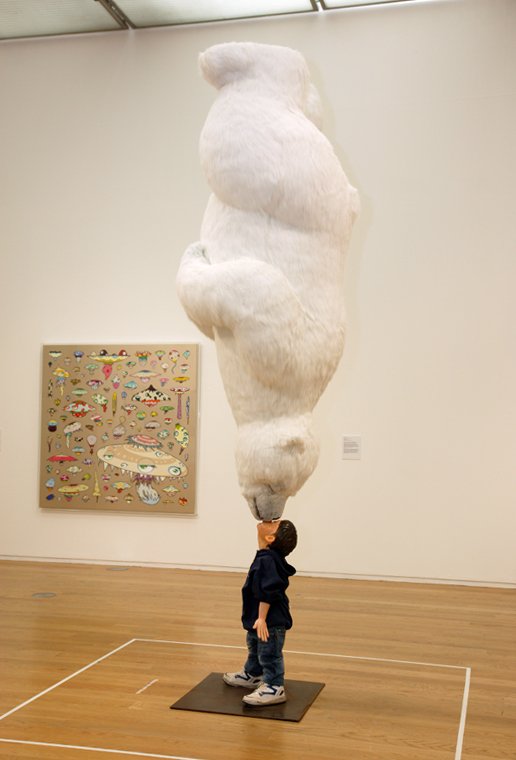 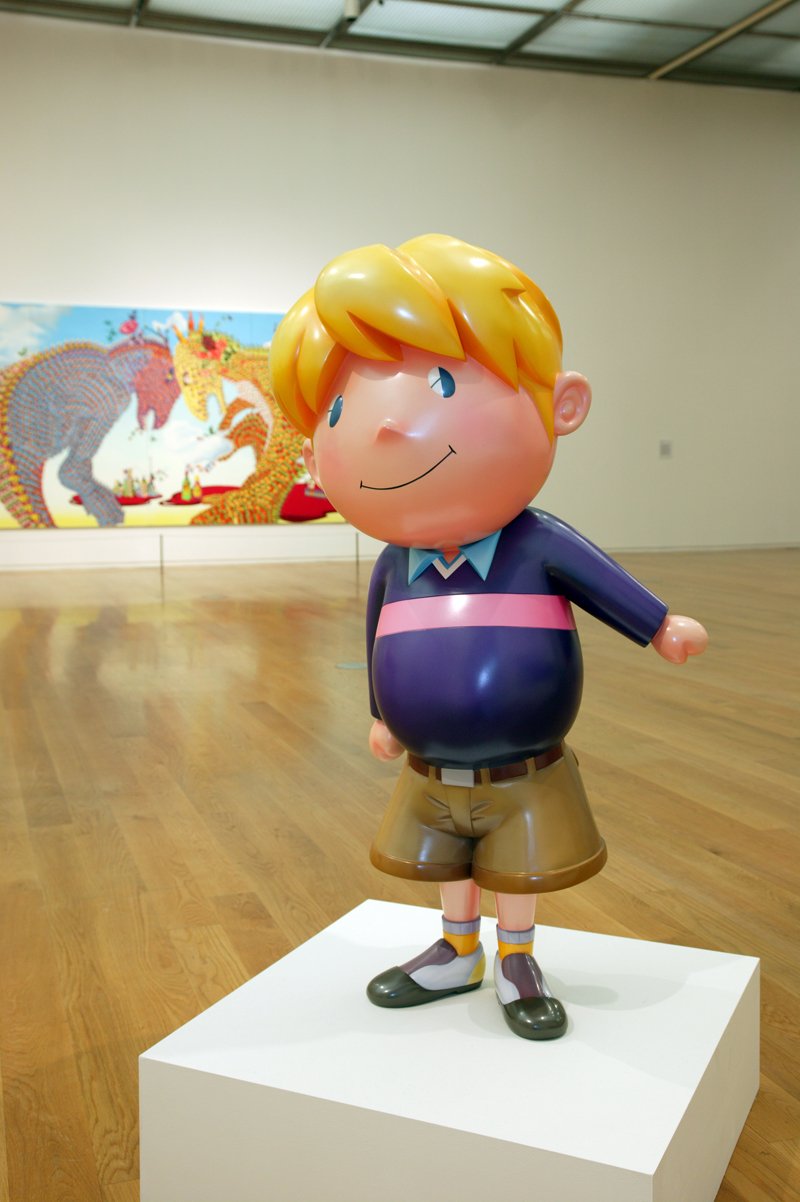 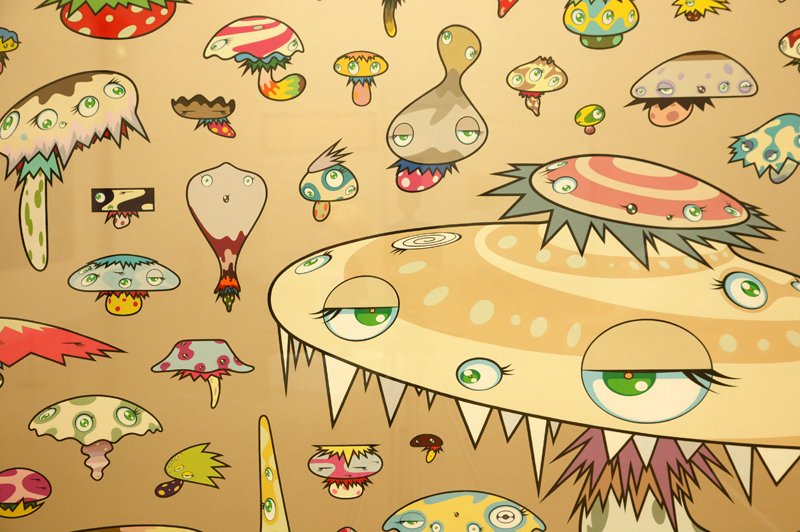 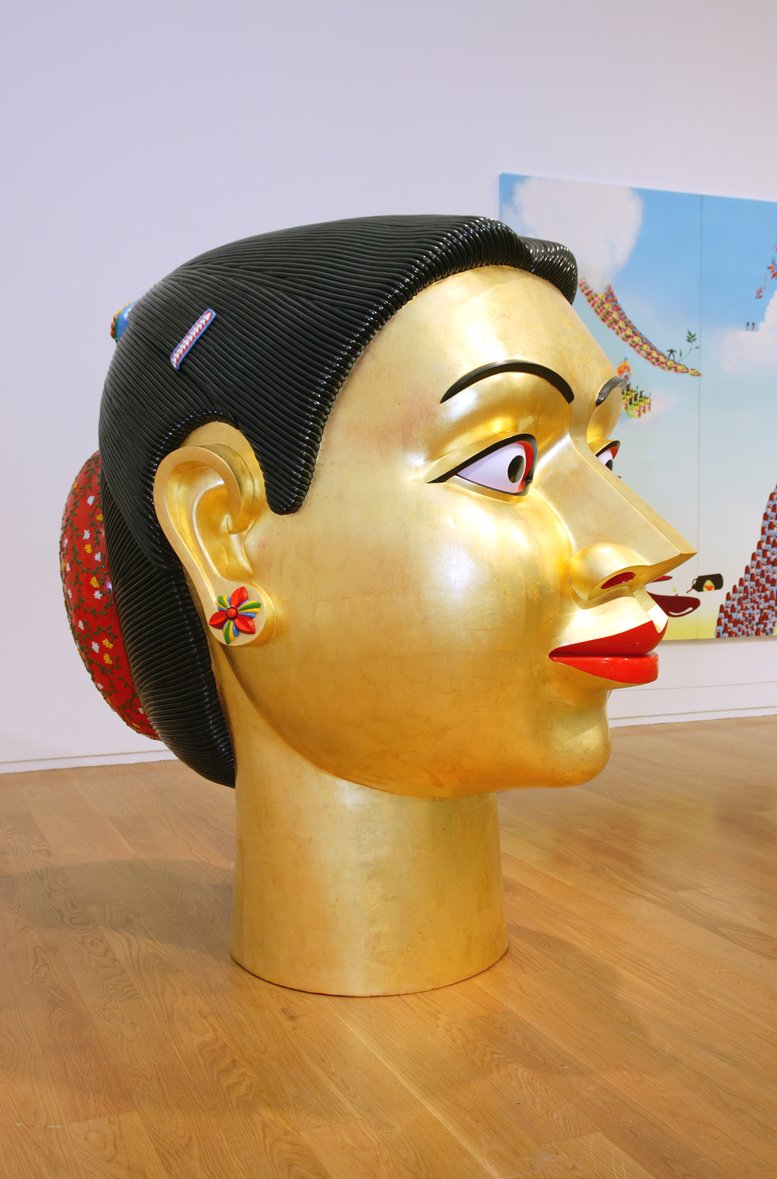 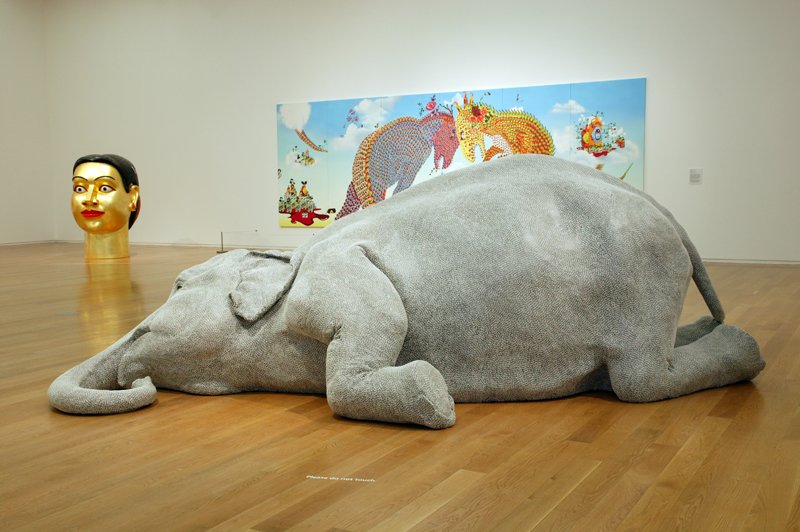 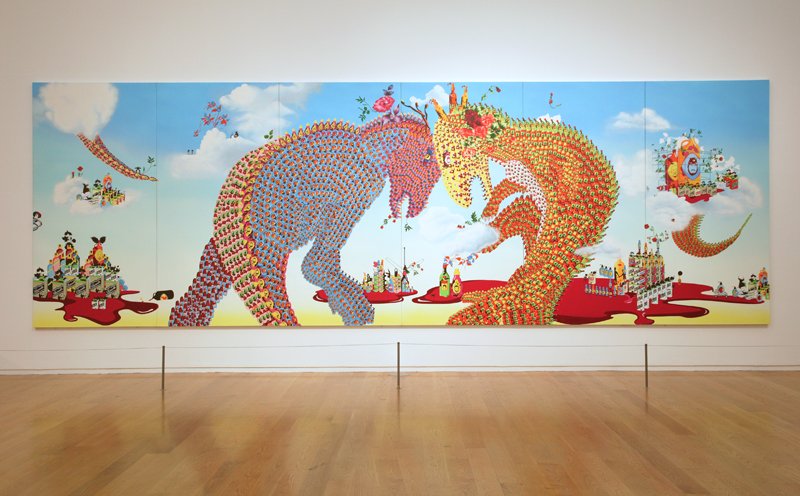 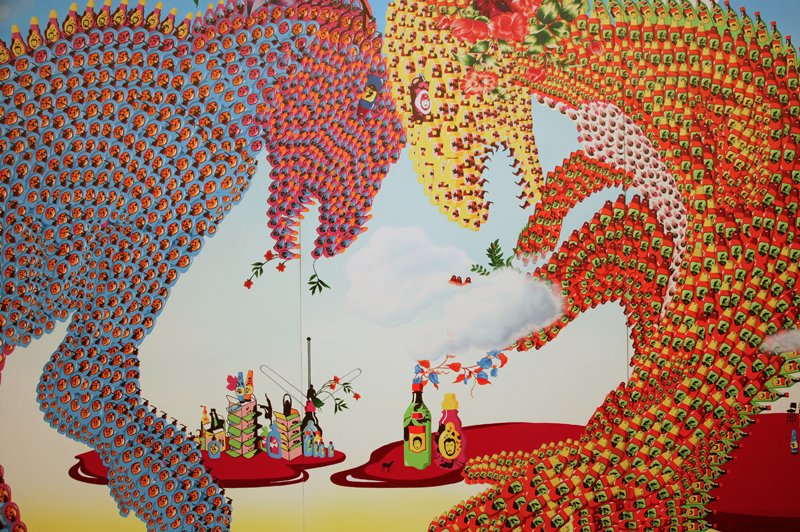 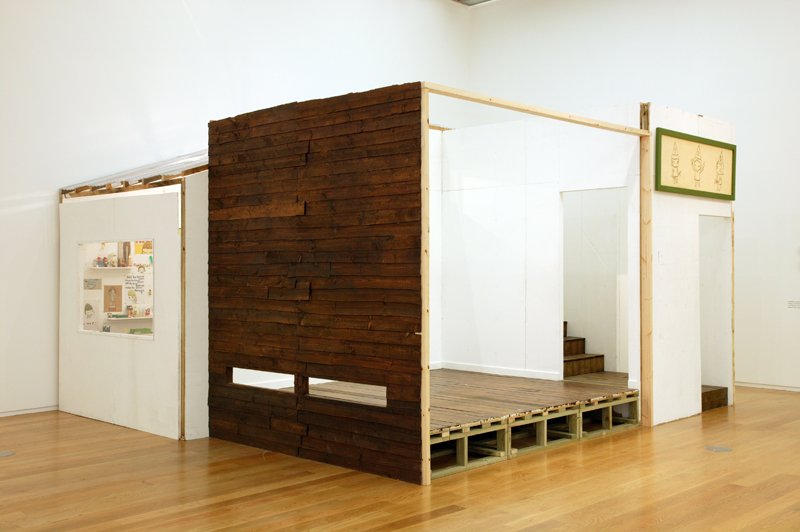 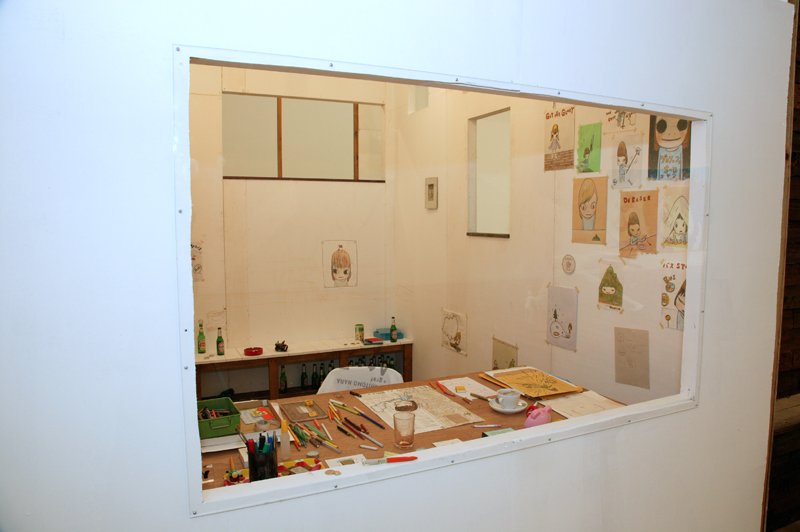 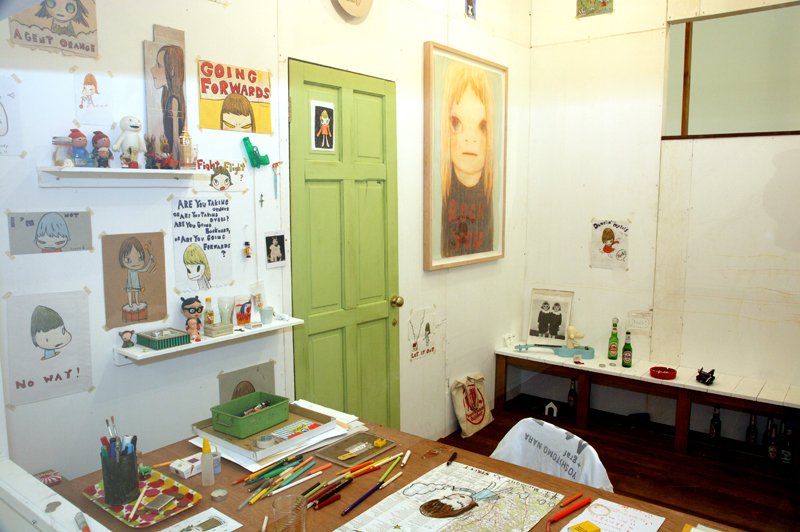 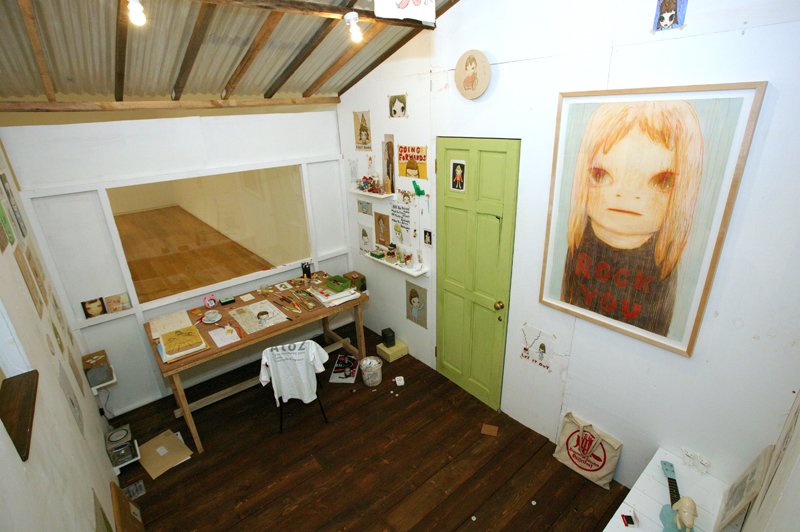 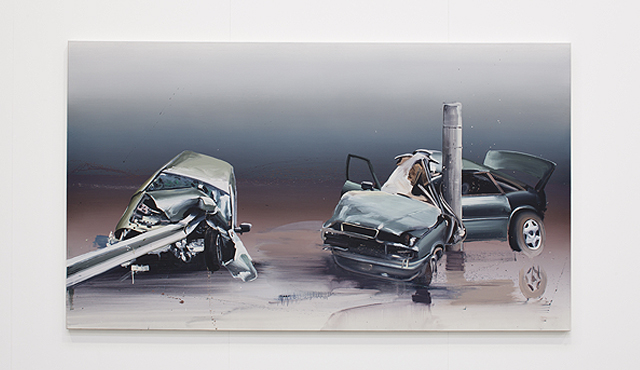 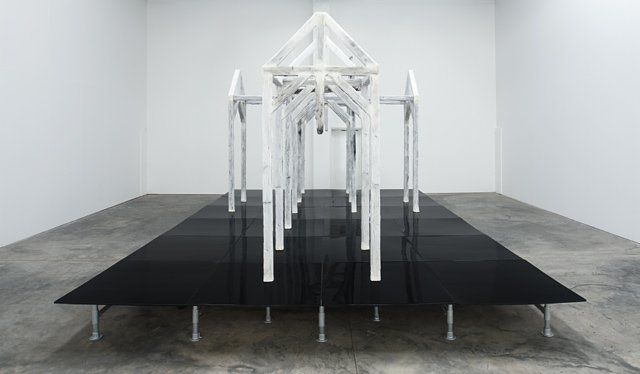 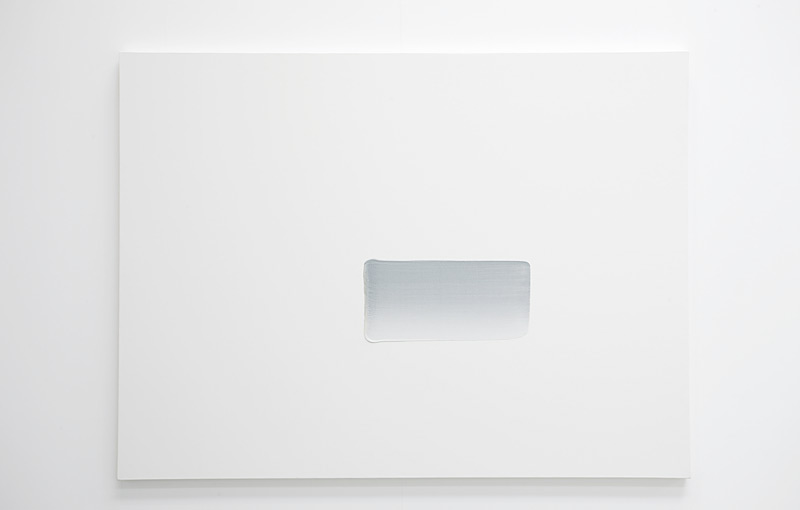 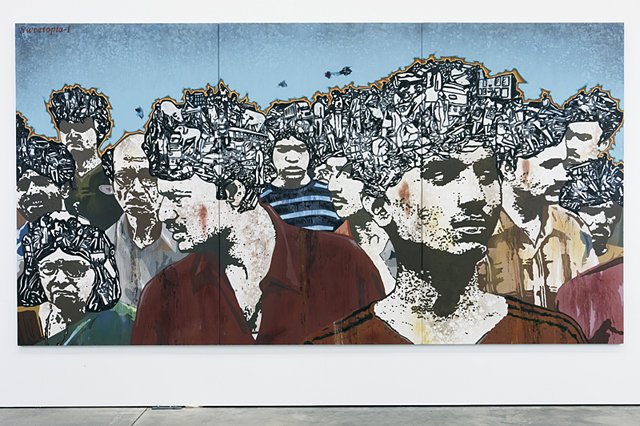 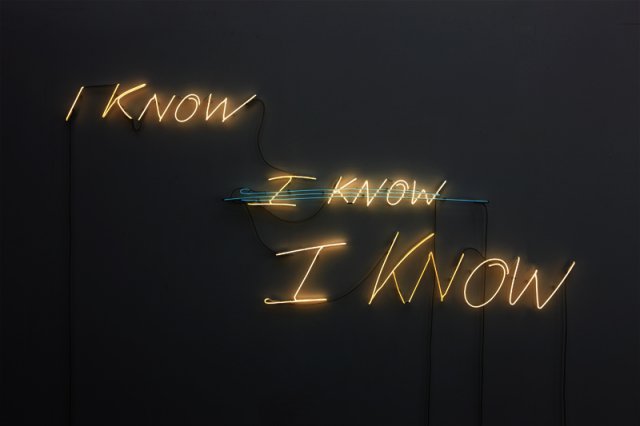 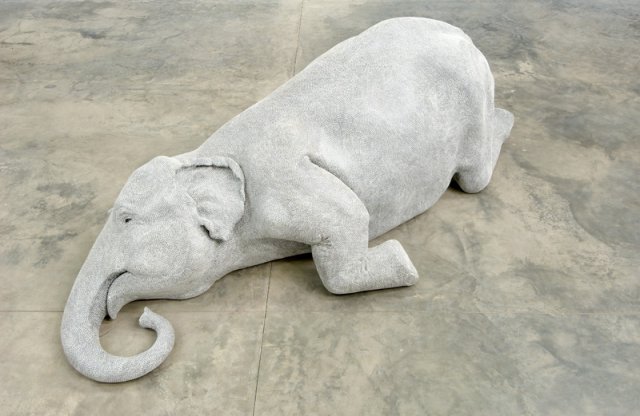 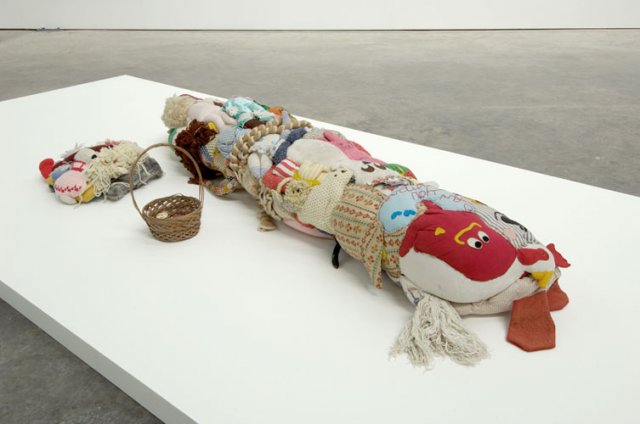 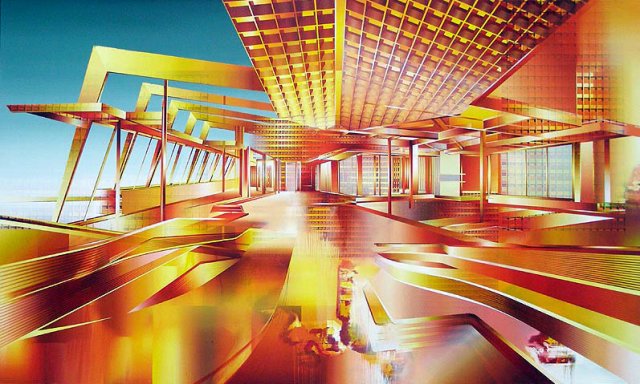